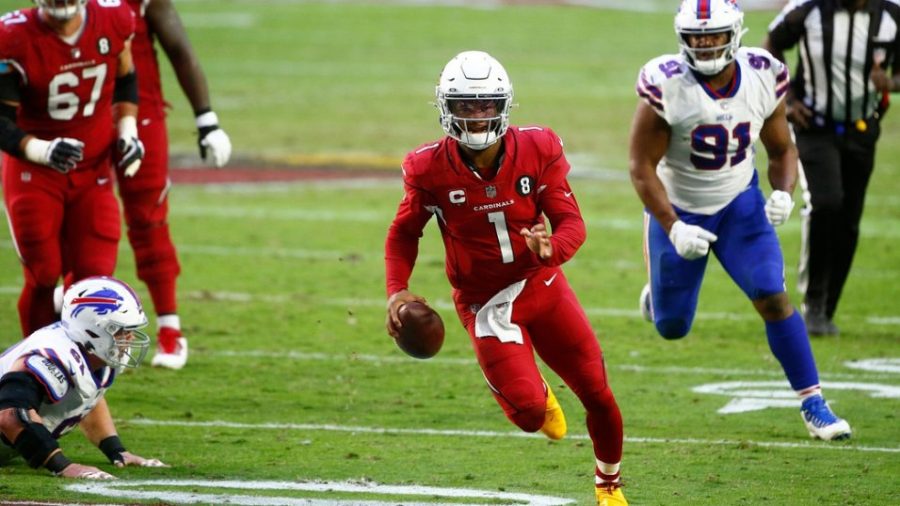 Sports have swung back into action over the past few months. The NFL is in the middle of their regular season. This season has been just as action filled as any other even with no fans allowed  at the games. There’s not much to dislike this year unless your team isn’t doing well or you’re not doing so hot in your fantasy league. Kyler Murray from the Arizona Cardinals is one of the most exciting players to watch from this year coming up with big plays when his team needs it the most. Not to mention he’s putting up 40 plus points in fantasy every week. But with putting on football games with such little preparation comes many injuries. For example a Quarterback not having as great of a season as Kyler is Dak Prescott. His season ended after an ankle tear/dislocation a few weeks back. This year there has been an uptick in injuries due to poor conditioning of the players before the season started. But on a happier note the Steelers are 9-0 going into a game against one of the worst teams in the league which is safe to assume they’ll improve to 10 wins. Many argue that the Cardinals are the best team in the other conference.

The College Football season was doubtful for awhile until some conferences figured out a plan. But this return to college football hasn’t been problem free. Many teams like Clemson and Oklahoma had many Covid cases amongst the team when practices first started. In the final stretch of the season the cancellations are starting to grow more and more. Within the first two weeks of the PAC12 resuming their football the cancellations due to outbreaks on the team started to pop up more and more. The SEC also had cancellations in their football programs too. One of the biggest stories in football was the number one draft prospect and the starting Quarterback for Clemson Trevor Lawrence testing positive for Covid. This caused him to miss the match up of the year between #1 Clemson and #4 Notre Dame. Many people believe that his absence from this game led to Clemson losing the game. The win over the Tigers pushed Notre Dame to the #2 spot in the rankings just behind Alabama. 3 teams that aren’t big names like the two other schools that are surprising everyone is the 7-0 #7 ranked Cincinnati Bearcats, the 8-0 #8 ranked BYU Cougars, and the #9 4-0 Indiana Hoosiers. The top ten teams in College Football are: