The Secret Life of a Dumbo Octopus 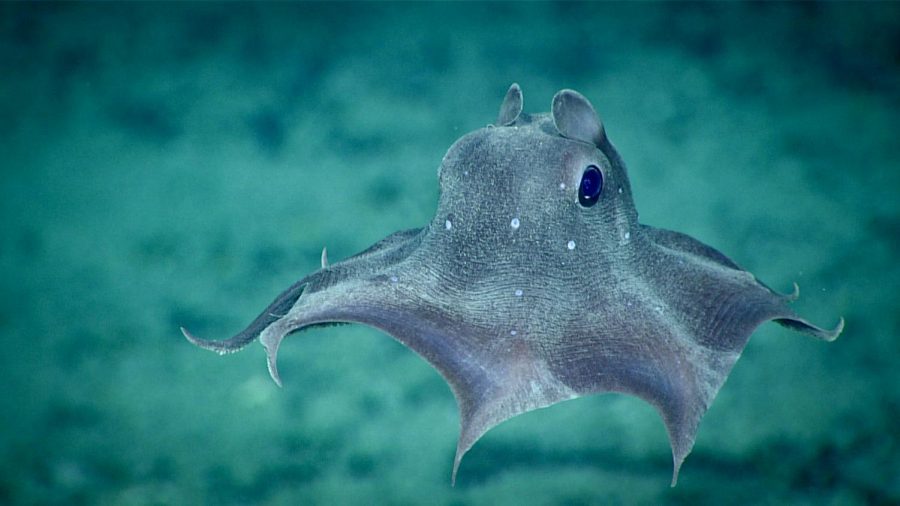 Earth’s oceans are the home to about 95% of all living creatures. Despite being a huge part of the worldwide ecosystem, researchers only know a small amount about life under the sea. In fact, only 80% of the ocean has been explored by scientists. As the mysteries of the deep sea continue to be uncovered, people find new, interesting animals. The dumbo octopus is just one example of an aquatic animal which does not get the recognition it deserves. Dumbo octopuses are a genus of octopus with a few unique characteristics shared by a set of about 15 species

The dumbo octopus gets its name from the Disney elephant. This is because the dumbo octopus has two fins which, like elephant ears, sit on top of its head. A dumbo octopus uses these “ears” to swim forward, and it uses its webbed limbs to steer itself around the water.

Overall, the dumbo octopus genus is a rare, almost unknown part of the oceanic ecosystem. It is absolutely fascinating how they have adapted and evolved to survive in one of the coldest, darkest, and loneliest parts of the sea. These creatures are just one example of many mysterious wonders of the Earth. With plenty of time and research, scientists can hope to find out more about the beings that they share the planet with.