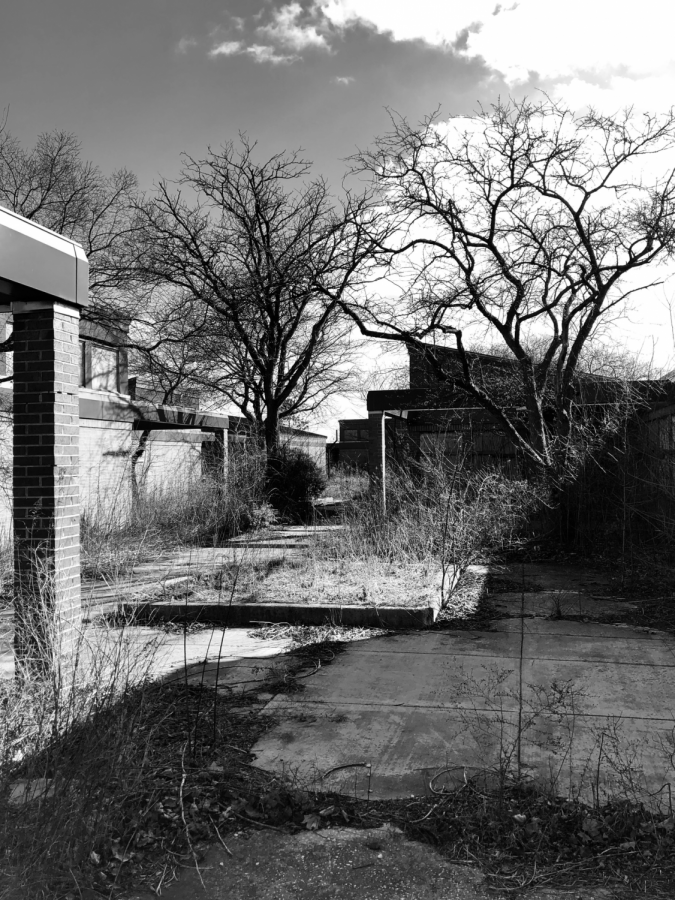 Since 2012, the mental health facility in Tinley Park has remained vacant and unused. The years have not been kind to the facility, with undergrowth entangling the streets and buildings of the premise. Inside the facility, asbestos litter the walls and other chemicals have contaminated the grounds. The 257-acre eye sore stands out to commuters on Harlem Avenue, and remains open space, despite pleadings from the village for the state to sell the property and let it be developed. No matter any plan, the property seems determined to remain vacant.

The most recent attempt at developing the property was a plan to develop a race track and casino at the site, a “racino”. The Illinois General Assembly passed legislation in June 2019 that permitted the south suburbs to build a casino or racino, opening up the possibility. A developer, Gold Rush Gaming, pitched the idea of a racino to the villager officials in mid-2019, and all seemed on board. Village officials were optimistic about the impact of such a project on the community, and the developer, Gold Rush Gaming, lead by Rick Heidner, stood to benefit from having a racino in the area. The only step left was for the village to purchase the land from the state. In October 2019, the state declined to sell the property.

The state’s refusal was issued after an article from the Chicago Tribune linked Heidner to being in business with a banking family with potential connections to the mob. Also in October of that year, the FBI searched Illinois State Senator Martin Sandoval’s office and found records related to Heidner. Things have gotten worse for Heidner since. In December 2019, the Illinois Gaming Board sought to suspend Heidner’s video gambling operator license, a move Heidner and Gold Rush Gaming vowed to take to court. That saga of events gave the state a pretty justifiable reason to deny selling.

While the plans for the facility seem to be on temporal hold, the grounds are not getting any cleaner. A 2014 report from the village indicated that cleanup of the property would be about $12 million, part of which would have to be used to purify the contaminated soil and leaking chemical tanks. Needless to say with that estimate being six years ago and no development being done on the property, things have not likely gotten better. The bill for cleanup will only get more expensive as the site remains neglected.

Tinley residents may have become somewhat accustomed to the eye blight, and it seems there is a morbid curiosity towards the site. Numerous videos on YouTube show people touring the facility, exploring classrooms, a pool area, a supposed morgue, and more. Vandalism is found all around the grounds, with graffiti messages spray-painted on the decaying buildings. Ever since the facility became “abandoned”, that word has drawn in many interested daredevils. It also has drawn in the local, state, and federal authorities to use the grounds as a training exercise. What the property cannot seem to attract, however, is a developer good enough in the eyes of the state and village.