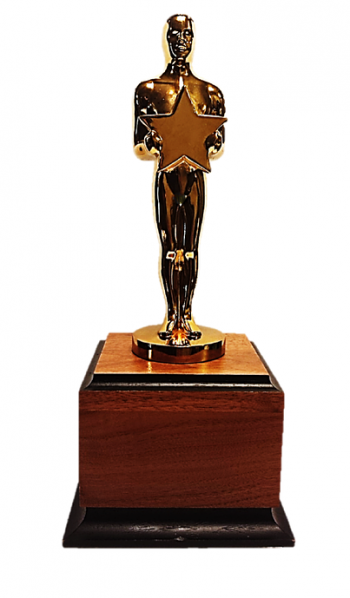 The Academy Awards are back again for their 92nd year and once more going without a host. On February 9, America and the world’s biggest names will gather for the most premier movie awards ceremony. This year, the number of nominations for Best Actress and Best Actor has remained at five, while the number of nominations for Best Picture has risen to nine films. The three awards are considered the main categories at the Oscars, and the most heavily speculated.

Up for Best Actress this year are Scarlett Johansson for Marriage Story, Renée Zellweger for Judy, Cynthia Erivo for Harriet, Charlize Theron for Bombshell, and Saoirse Ronan for Little Women. Johansson, in addition to being nominated for Best Actress, is also nominated for Best Supporting Actress for Jojo Rabbit. The award is anyone’s to win, but most critics indicate the Oscar is Zellweger’s for the taking for her performance as Judy Garland.

The Best Actor category includes Antonio Banderas for Pain and Glory, Jonathan Pryce for The Two Popes, Adam Driver for Marriage Story, Joaquin Phoenix for Joker, and Leonardo DiCaprio for Once Upon a Time in Hollywood. This is the second time an actor has been nominated for playing the Joker in a film, with the first being Heath Ledger for The Dark Knight. Phoenix is listed as the most likely to win by Rolling Stones Magazine, and should he do so will also be the second actor to win an Oscar for portraying the Joker.

Best Picture nominees are Ford v Ferrari, 1917, Once Upon a Time in Hollywood, Little Women, Marriage Story, Jojo Rabbit, Parasite, The Irishman, and Joker. 1917 has been on a roll since its release, winning Best Motion Picture – Drama at the Golden Globes and Best Film at the British Academy Film Awards, making it a strong contender for the Oscar.

This year’s Academy Awards has seen an unusual nod to comic films, with Joker cinching the most nominations at eleven. Normally comic films are looked past in favor of more arthouse indie films produced by smaller studios. In 2019 Black Panther was the first-ever comic movie nominated for Best Picture. However, Joker’s take on mental illness seems to have compelled the Academy to look past their bias in nominees. If Joker wins a majority of its nominations, the likelihood of comic films receiving more nominations seems likely.