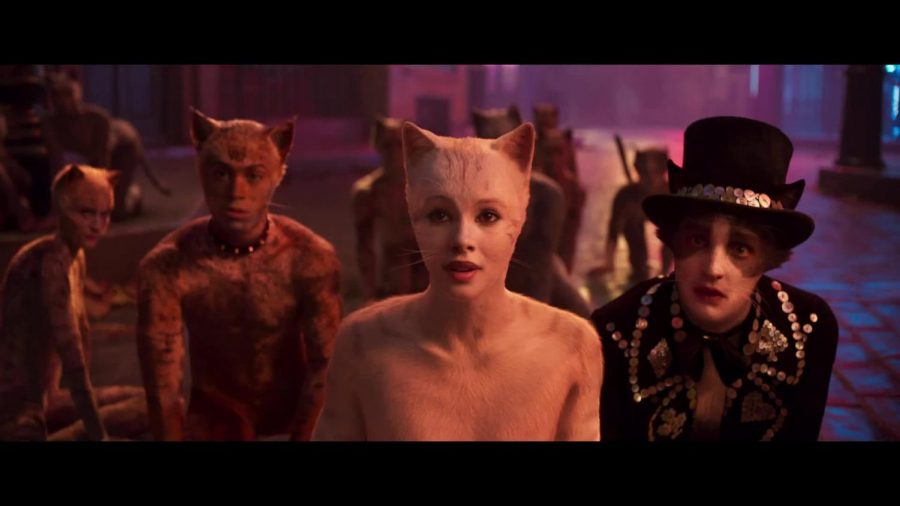 The newest movie that has all the cinema geeks, critics, and mewvie-goers alike shocked: Cats. All of the top celebrities are in it, including Taylor Swift, James Corden, Rebel Wilson, and more notable figures. They all appear in the movie as realistic, creepy human cats, all made possible by CGI. They are able to make incredibly realistic human cats with the fur, whiskers, and the details of a normal cat.

While the cats may look very strange, the story couldn’t be more strange. A tribe of cats is to decide who will go to the Heaviside layer, heaven according to cats, and start a new life. To do so, they complete a series of events with dancing and singing while competing against the other cats. While this storyline may be strange, it is not the first to do it. The movie is based on the Cats Broadway musical, which was originally put on in 1998. While the Broadway musical was awesome and highly rated back in its time, the movie counterpart did not do the same.

On the rating service Rotten Tomatoes, it received 21%. For context, anything on the site receiving a 59% or lower is considered rotten, meaning this movie was rated very bad. Sandra Hall from the Sydney Morning Herald gave it a ⅗ and an interesting review, “While it’s far from being perfect, or even purr-fect, it certainly doesn’t warrant the abuse that has been heaped upon it. At the very least, it deserves a chance.” In regards to money made, on the opening weekend it took in $6.6 million.

Did they truly deserve the bashing they received of their movie? There’s no doubt about it — the movie is very strange. However, it does use amazing technology and has awesome graphics. The only way is for you to check it out in a theatre near you.