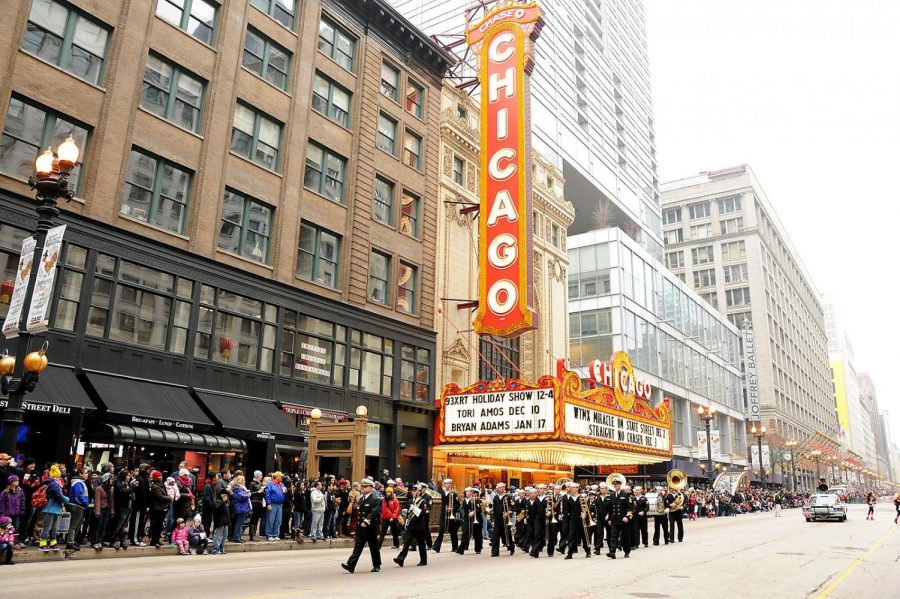 The Tinley Park High School marching band performed in the Chicago Thanksgiving Parade on Thanksgiving 2019. The band, led by Mr. Aiello, performed with the precision and expertise that they are known for. Overall, the band’s appearance in the parade was exciting for everyone involved.

Of course, perfect performance cannot come without preparation. The band had been rehearsing months before the parade, and it showed. The performance was nothing short of camera ready, which is only possible through dedication and hard work. To the thousands of people who watched the parade, this dedication was obvious. There is no doubt that the band’s hard work was put to good use.

Members of the marching band were very excited about the success of their performance. When asked about her favorite part of being in the parade, Jodi Newtoff said, “Getting to be on TV and showing people what we do was a highlight for me. Because we are a small school, not many people know us.” It is clear that members of the marching band are proud of their excellence in the parade. Therefore, they have good reason to be overjoyed by this event.

In conclusion, Tinley Park High School’s marching band outdid themselves once again at the Chicago Thanksgiving Parade. Everyone is eagerly awaiting the band’s next showstopping performance.