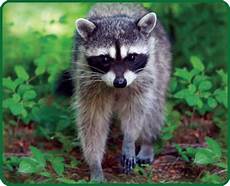 The Fascinating Animals in the Forest 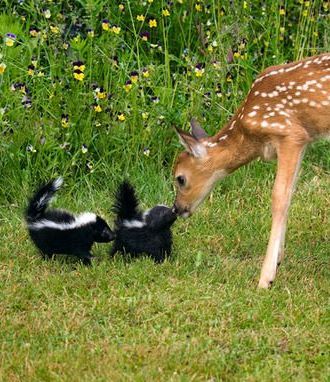 Have you ever considered the dangers of forests? You most likely haven’t since you are too busy babbling off to someone instead of looking at nature around you. Well, let me tell you a little secret: forests are as shady as Guy Fieri. Lots of stuff goes down there at night. Usually dangerous stuff that involves possums and deer.

Forests host a variety of animals, like raccoons. They’re pretty variegated. They’re also pretty aggressive jerks. They go through your garbage and have no decency to put away what they didn’t eat. You know what else makes raccoons jerks? The fact that they rough up anyone who steps foot in their territory. These little devils are like little Al Capones, but with creepier eyes.

I’m not even close to done.  There’s still more wildlife that would gladly ruin your merry day. Take the possum for example. You think all it does is sit around and play dead all day? You are correct. Possums are so lazy. There really is nothing to these couch potatoes. But they are helpful little suckers because they eat ticks.

What about foxes? People think they’re so cute.  However, I can’t even think of a word to describe these conniving little fur balls. They will end you. Literally. These things don’t mess around. They are also sassy divas and refer to themselves as all that and a bag of chips. The arrogance is strong in them. Awwww but their so cute, you say. You say their cuteness makes up for their diva like attitude. Wake up: they rip their prey to shreds. Yay, gore, attitude, and chips!

Don’t even get me started on deer: you know, those large mammals that we aren’t allowed to pet for some reason. They are actually very unique. They call themselves vegetarians, but in reality, they love a good baby bird to snack on more than anybody. One could say that these guys are the hypocrites of the forest. And don’t even get me started on how irresponsible the parents are to their fawns. They leave their fawns alone because they claim their scent attracts predators. What a load of baloney. It’s so clear that these parents only leave their kids to attend raves.

So far this article his mostly been about mammals, so it’s time to diversify. Let’s talk owls. Why are their eyes so big? Technically, it’s weird because they are always in a constant state of shock at what they’re seeing. Whether it’s this year’s presidential candidates, homework on Fridays, or some totally juicy gossip you just spilled to them, they are shocked. Wait. Why are you even talking to owls? Weirdo.

Let’s end on a high note with skunks– or should I say, those smelly things everyone fears. These guys are misunderstood. All they want to do is have fun and live life without being judged, but noooooooooo. Everyone has an opinion on skunks. Mostly negative ones. What’s funny is that the skunks never asked for the peanut gallery to submit their opinions. This world only pays attention to issues like human rights, the environment, and economic stuff, but it seems everyone ignores skunk issues. Skunks deserve kindness and attention, too. They don’t deserve to be hated on for expressing themselves with their stench. Everyone who reads this should spread the hashtag #SkunksDeserveKindness.

I hope you have noted all of these live animals in the forest and keep your eyes as open as the owl the next time you’re aimlessly wandering.  Make sure to be kind to all of them, and know that they will leave you alone, as long as you leave them alone.